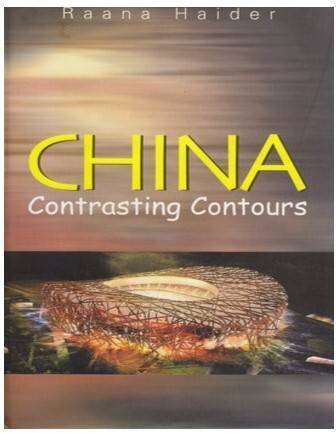 The land of Crouching Tiger, Hidden Dragon is positioned in the twenty-first century in the Great Leap Forward. Today's Great March is the fast forward movement of the globe's largest buoyant economy and the largest global population. One of the world's earliest and most brilliant of civilisations casts its long shadow over the land and its people. Home to Chairman Mao's communism, China has embraced capitalism and consumerism with vigour. Home (Beijing) to the Great Wall and the Forbidden City from its distant past, Shanghai in the twenty-first century offers an architectural playground with its surrealistic soaring skyline. Ancient calligraphic scrolls offer inscrutable writings, so too do Harry Potter posters in Chinese. The land that created chow mein, chop suey, chop sticks, dim sum dumplings and ramen noodles is the same land that today hosts innumerable KFCs, McDonalds and Starbucks. New elite trailblazers Chinas Me Generation has replaced China's Mao Generation. The ancient Middle Kingdom credo with China as the globe's centre-stage is revived as China hosts Olympic 2008 and World Expo 2010. Symbolic of China's past, its future and its present are the cities of Beijing, Shanghai and Kunming. Weaving her travels within these metropolises, Raana Haider in a tale of three cities explores in China: Contrasting Contours the past glories and the present vibrancy of a country in the midst of multi-metamorphoses.