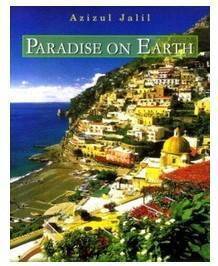 Travelling widely in various continents can be an interesting, enjoyable and a learning experience. The author has done a good deal of it and plans many more to paths trodden as well as less-trodden. He has published about thirty travelogues. The Travel Tales in this volume, record the
authors impressions and experiences of the cities and surrounding areas in UK, Europe, USA and Latin America and of a Cruise in the Caribbean. The author marvels at the diversity, beauty and charm of various places and records the basic goodness of the people in different countries hence the title Paradise on Earth.
In Part 2 of the book, the author takes the reader back to historical figures and their exploits. From Clive and Hastings to Marx, Einstein, McNamara, Ted Kennedy and Barack Obamathese essays provide many interesting anecdotes of the past in a historical and political context. Part 3 contains two essays on the Sufi poet and mystic, Jelaluddin Rumi and his contemporary humorist, Nasreddin Hodga. The other two essays in this part speak of the beauty and joy of flowers and snow and the authors deep appreciation of these in the environs of Washing-ton
DC, USA.
The essays have been published in various magazines and newspapers in Dhaka. Many of the readers desired that they be published as a book.