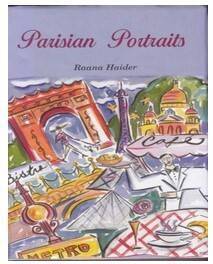 The book puts together translations of selected short stories by Bangladeshi writers, both renowned and award-winning as well as by upcoming young writers. They range in theme and style to provide a glimpse of the varied life of people in Bangladesh as well as the richness of its contemporary literature. Hasan Azizul Huq's "Nobody Came to See Him" and Rashid Haider's "Address Uncertain" relate to the liberation war, while Rizia Rahman's "A Poet, A Crow, and the War- Horse of Chengiz Khan" and Audity Falguni's "Crossfire" are concerned in different ways about present social and political ills. Syed Shamsul Haq's "To Live the Fantasy," Rahat Khan's "Home and Abroad," and Mahbub Talukdar's "Safar Ali's American Sojourn" suggest the restlessness of the Bangladeshi who attempts to find happiness abroad, either in the Middle East or in the United States. Makbula Manzoor's "Primeval Anger," Purabi Basu's Saleha's Desire," Jharna Das Purkayastha's Alokapuri: The Palace of Bliss," Jahan Ara Siddiqui's "Justice," Masuda Bhatti's "The Palm Thorn" narrate in different ways the predicament of women in an often unjust world and how women sometimes take justice in their own hands. Using surrealism or magic realism, Jharna Rahman, Nasreen Jahan, Ahmad Mostofa Kamal, and Shahnaz Munni narrate stones that hover between reality and unreality. Syed Manzoorul Islam's post-modernist tale, "Ibn Batuta's Diary," is as delightful as it is thought- provoking. Selina Hossain's "Fugitive Colours" narrates the story of a troubled hill region and the sacrifice of a young man who is killed because he represents the enemy. Al Mahmud's "The Cormorant's Blood," Anwara Syed Haq's "Pagli," and Saleha Chowdhury's "A Stopwatch and 400 Calories" touch on the issue of sexual desire in strange circumstances. Dilwar Hasan's "The Girl Who Sold Incense Sticks" and Shaheedul Zahir's "A Little Love" use simple episodes to weave their stories, while Ahmed Faruk describes the poignant tale of the freed prisoner who finds he has nowhere to go. Together the stories offer varied glimpses into the social realities of contemporary Bangladesh while also suggesting the timeless nature of human passions and desires.